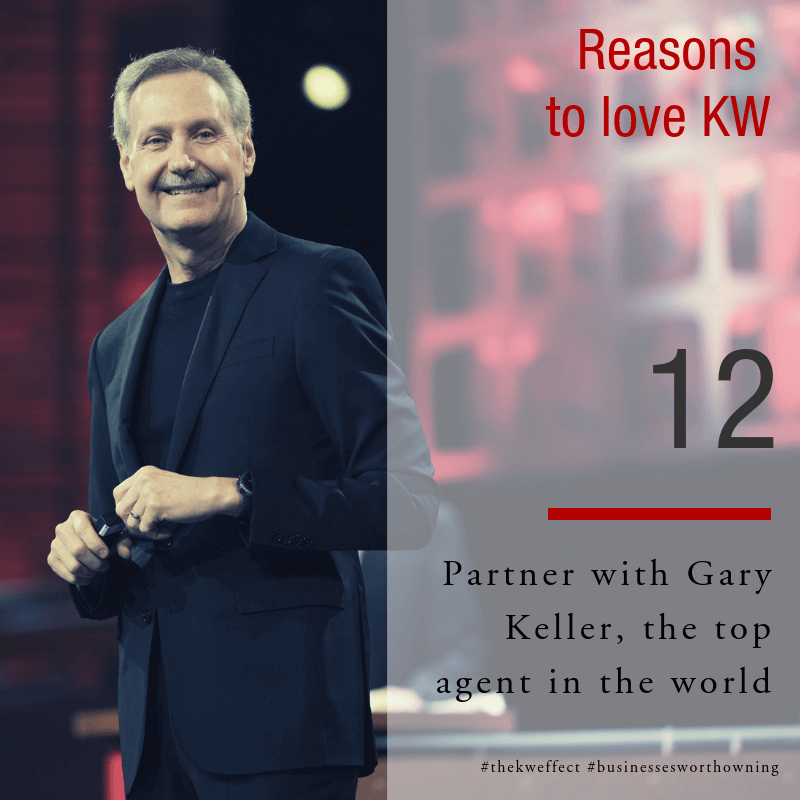 When you join Keller Williams, not only do you join the largest real estate sales force in the world, you also become the partner of the most successful estate agent in the world, Gary Keller.

The top estate agent in the world

Gary Keller is the Co-founder, Chairman and Chief Executive Officer of Keller Williams Realty. In the world of real estate he is a legend.

Gary graduated from Baylor University in 1979 with a degree in marketing and real estate. He sold five homes in his first month in the business, and by age 26 was the vice president of expansion for Austin’s then-largest real estate company. He resigned from the position, and three and a half years later, his new firm was the largest in town. This is a position it retains to this day. Gary soon took Keller Williams and his philosophy of “people helping people” nationally, then internationally.

Recognized by the real estate world

A recipient of the Ernst & Young Entrepreneur of the Year Award and finalist for Inc. Magazine’s Entrepreneur of the Year, Keller is widely recognized as a business leader. REALTOR® Magazine named him one of real estate’s most influential thought leaders. A REAL Trends survey identified Gary as one of the five “Most Admired People” in real estate.

In 2015, Inman News named Keller as one of the top real estate “doers” who are driving change in the industry. Gary has also been named one of the five most powerful people in residential real estate on the annual SPower 200 list compiled by the influential T360 consulting firm.

Stefan Swanepoel of T360 said, “Gary Keller has been one of the five most powerful people in residential real estate every year since 2014, when the SP200 debuted. This year [2019] is no exception. Keller rose to the No. 1 slot last year based on Keller Williams Realty’s staggering recent growth. At the end of 2017, his firm had unseated Re/Max’s 20-year run as the largest residential real estate brokerage brand by annual sales volume in North America. In addition, Keller Williams Realty entered 2018 as the world’s largest residential real estate brand by agent count and it continues to set new records. In 2018, it passed 980 offices, 165,000 US agents and over 190,000 affiliates worldwide.”

In 2016, Swanepoel said, “Keller guided the brand to three straight years of record-breaking agent growth through 2016, but more than winning in body count, Keller’s firm is also reshaping the real estate landscape. The firm’s traction is compelling traditional brokerage operators to consider adopting some of its innovative tactics including caps on commissions agents pay to their brokerage, profit sharing with agents and a business model centered on agents.”

Gary Keller and Keller Williams have indeed been reshaping the real estate industry since 1983. Several of the most well-known agent-centric innovations were introduced by Gary Keller.

This includes profit share in 1987, which eventually was adopted as Growth Share in KW regions like South Africa. Intially, this was ridiculed by many of the more prominent real estate brands. Today, more than $1,2 billion has been distributed to Keller Williams associates, and the amount is increasing yearly.

Gary also came up with the concept of real estate teams to allow top agents to add leverage to their businesses. Again, this was second-guessed by the rest of the real estate industry. Today, a large percentage of sales transactions are done by successful teams, many of them with Keller Williams. Successful KW teams are now expanding their team operations into other areas and countries.

Recently, Keller announced that Keller Williams will pivot to become a technology company. Our vision is to build the real estate platform that our agents and their clients prefer. To do that, estate agents must own their data and their technology. As the largest single real estate company in the world, Keller Williams have the resources and the data to realise this grand vision.

He is fighting for all agents

“Not so fast”, says Gary Keller. In the clip below (played from 1:22:40 into the full speech), Gary explains how he and Keller Williams are taking huge steps to keep our agents where they belong; in the centre of the transaction. By building the technology platform, Keller Williams equips our associates to be tech-enabled agents and not agents who enable the tech companies that want to replace us.

“The price you pay for getting where we are, is you look stupid for about four years.”

Surprisingly however, Gary stood alone for quite some time. Watch the clip until 1:27:31 to discover why no other real estate leaders supported Gary Keller when he stood up for estate agents by taking the tech companies head on.

Many of the advancements, technology, models and systems we take for granted in the property game these days were innovations by Gary Keller. You have an opportunity to become his partner and re-write the rules once more.

To arrange a friendly, confidential business consultation, click the button below.

Toggle the Widgetbar
Knowledge is power. Be the agent who knows more.
Get insider information
Trends, tech, tools and news affecting your property business.
No, thanks.

Ten good reasons to love Keller Wiliams (even if you thought you wouldn't!)
Get insider's access to what makes KW work
Discover exactly why so many property professionals you know are making the move to Keller Williams (free information series)
No, thanks.

Based on the best-seller* by Gary Keller, Dave Jenks and Jay Papasan. Get every session of this free, online course delivered to your Inbox.
*Based on tactics employed by leading real estate agents 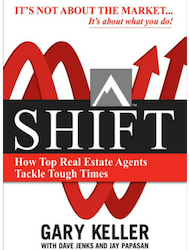